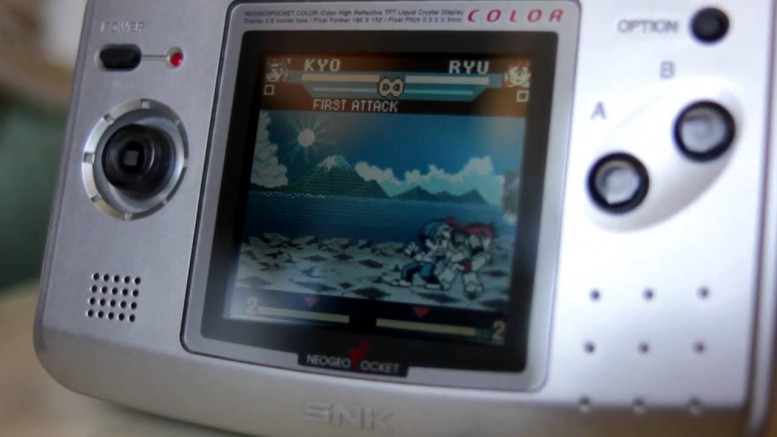 Quite a few years ago I made a video for 1kb.se about the Neo Geo Pocket Color handheld.  It’s a very cool piece of gaming history, especially its very comfortable and enjoyable microswitched joystick. I hadn’t seen anything else like that on a handheld before, and I still haven’t.

I’d had the console for a while before making the video. Hardly surprising – it was released at the turn of the milennium after all (I trust you all to infer which milennium from context). Going up against Nintendo and their Pokémon franchise presumably wasn’t easy, though. After just a few years on the market it was quietly discontinued, along with SNK, the company that had been making it, nosediving.

I’m not here to talk about that, though. I’m here to talk about games. The Neo Geo Pocket Color has a remarkable ratio of good/bad games, especially if you only consider the games released here in the west. The international releases total up to 39 (6 of which were released only in Europe, so the US list is a paltry 33 games), while Japan got an additional 35 games. Most of the Japanese exclusives are pachinko games, casino games, weird visual novels or other very “japanese” games. A few I wouldn’t’ve minded getting though – an excellent version of Ogre Battle, a Mega Man boss rush game (Rockman Battle And Fighters), as well as a sequel to the SNK vs Capcom card game on the system. As you’ll see, there are a lot of Capcom games on the Neo Geo Pocket, as well as some SEGA games. This is presumably because it was actually able to link with the SEGA Dreamcast, another doomed console that died around the same time.

Both of them have some great fighting games, and if there’s anything that Neo Geo has always been about, it’s fighters. There are a lot of fighters on the SNK systems. The Neo Geo Pocket Color isn’t exactly an exception, however “only” 6 out of the 39 western games are fighters. That’s only around 15% – not bad.

I’ll be going through all the western games released on the Neo Geo Pocket Color here. Will it take a lot of time? You betcha. Is it gonna be fun? Again, you betcha. Let’s see if I’m too lazy to make videos to complement the text. If I do, I’ll try to make them better than the amateurish 1kb.se video about the NGPC. I’ll link that one at the end of this post.

The first game on the list will be Baseball Stars Color, a handheld port of the arcade game Baseball Stars. Let’s see how it fares in my next post about the game library of one of the coolest systems ever made.