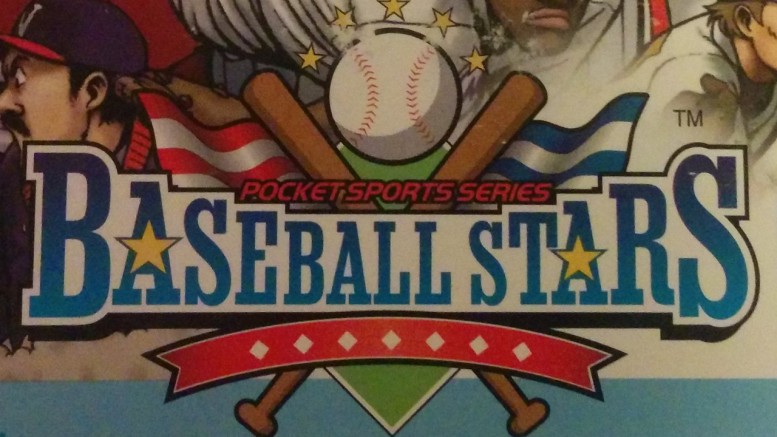 The first game on my Neo Geo Pocket Color list is also one of the first of many Neo Geo arcade ports. Like many arcade to handheld ports of the era, a lot of concessions had to be made to fit the game into the new format. But it’s not all bad.

SNK being an arcade company first and foremost, it’s not surprising that a lot of their offerings on their handheld console would be watered-down arcade ports. Natur 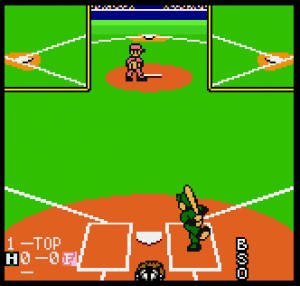 ally, a lot of these are fighters, although SNK also made quite a few good arcade sports titles. Baseball Stars is one of those.

I don’t much like baseball, neither playing it or watching it, so I’m definitely not the audience for this game. Aside from that, there really isn’t a lot to it. The graphics have been shrunk down and some options removed, but you still have the basics of baseball here. For what it’s worth, it’s well done for its time, there just isn’t much point in playing it in the year 2015. The curious may want to try it and its older AES/MVS brother out and compare them. If you’re a Neo Geo buff, that would probably be a fun exercise. Me, I’ll just move on to the next game: Biomotor Unitron, a Pokémon-like rpg. It’ll be a blast, I’m sure.

I was planning on recording some footage for this article, but since I can’t capture straight from the Neo Geo Pocket Color I’ve been using emulation through RetroArch. Unfortunately I haven’t been able to get it to record anything, so instead of holding onto this frankly quite boring post for all eternity, I’ll just post it text only. And there was much rejoycing.

Handheld gaming with the Neo Geo Pocket Color Quite a few years ago I made a video for 1kb.se ab...