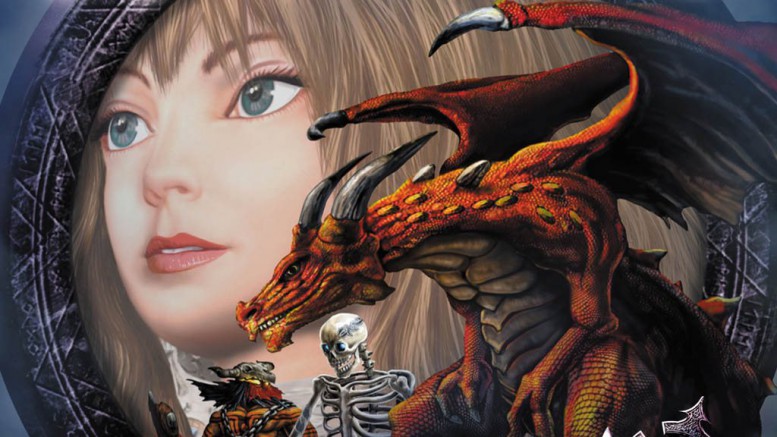 There are Kingdoms. They are lost. Find them.

Or, “Dark Souls challenging me to a children’s card game”.

From Software may be swimming in all that delicious and nutritious Souls money (or, more recently, Blood money), but while they’re most well-known for brutally difficult and hands-off RPGs, they’ve made a ton of other games in the past. One such game is Lost Kingdoms on the Nintendo Gamecube, a rather strange japanese roleplaying game focusing on collecting and using cards to do battle with all manner of monsters and demons.

Now, most people who know me also know that I used to do a lot of the crack-equivalent Magic: the Gathering, a collectible card game that’s been around for decades, and is also available in a multitude of digital forms (Magic Online, or the MTG games on Steam/Xbox Live Arcade, as well as a completely new MTG Duels game that is free to play, which I might take a look at as well). If there’s even a card collecting aspect to a game, I will immediately raise an eyebrow in interest and want to check it out.

Lost Kingdoms tries very hard to do something with its card aspect, but I don’t feel like it works especially well. The cards come in a few different flavours; some represent attacks, while others represent one-time or battle-lasting summons. Before each stage, you construct a deck, from which you draw in the stage in each encounter to battle. Your deck is actually kind of small, and once you use a card, it’s gone for the rest of that stage. You can only replenish by finding new cards in the stage (and these don’t respawn if you retry the stage, though you do get to keep the cards), or by turning monsters into cards by sacrificing another card when they’re low health, similar to catching Pokémon.

Everything in the game revolves around the cards, but I still feel like they don’t add anything exciting. They’re just spells and equipment that happen to be in the shape of cards. Contrary to something like Magic, it’s not really possible to build, say, a control deck, or a combo deck, since you have to fight dozens of battles in each stage, and you have no way of knowing what cards you will draw and in what order. There are quite a few summons and attacks that are obviously meant to be used together in a combo, but good luck building a lasting deck around them.

In fact, it wasn’t uncommon for me to reach the boss and have my card supply spent, having to run around in frustration with an empty deck. This is a huge issue and makes the game way, way less fun than it should be. As it turns out, the battles become chores quickly. Besides, the Banshee card is stupidly broken. Level it up and stuff your deck full of only that card, and you’ll breeze through most of the game.

You can definitely see some similarities to the Souls games, specifically Demon’s Souls. The division into stages, the way you respawn, the bleak setting and the way the game doles out flavour text and tells its story in a much subtler way than most jrpgs. It’s a shame the game is just so boring to play.

If you like Lost Kingdoms, then you’re in luck, because they actually made a sequel. If you didn’t like it, you can very safely skip Lost Kingdoms 2, since it’s pretty much the exact same game, only with more cards.

Playing through Persona 4 Golden I got Persona 4 Golden together with my Playstatio...
Trying out Shin Megami Tensei: Persona Over the years, the Persona games have really grow...
Handheld gaming with the Neo Geo Pocket Color Quite a few years ago I made a video for 1kb.se ab...

Be the first to comment on "Trying out Lost Kingdoms"