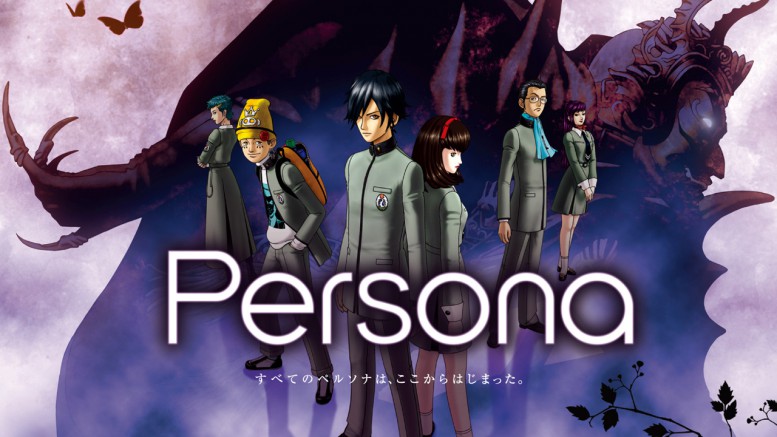 Over the years, the Persona games have really grown on me, finding their place as, in my opinion, the best subseries of the also mostly good Shin Megami Tensei series. Recently, I wrote about playing through the enhanced Persona 4 port for the Playstation Vita, Persona 4 Golden. All the other Persona games have received at least one remake or port to a handheld format, and I figured now would be a good a time as any to poke around a bit in the series’ roots.

Full disclosure – I played the first Persona long before picking it up again for this write-up, both the original Playstation version and the remake for the Playstation Portable. Sadly, neither offering is a very good game. The reason for this isn’t that the game differs from the modern Persona games. There are no Social Links, the story and progression is structured more like a traditional jrpg, the battles are grid-based and the gameplay itself is first-person dungeon crawling, just like the older Shin Megami Tensei games. This would in itself not be a problem, but the gameplay really drags everything down. It’s slow, clunky, incredibly grindy and has just aged very poorly overall – even with the enhanced port mercifully slashing the encounter rate from the utterly absurd levels present in the original game.

The game itself was originally released as Revelations: Persona, and was meant to be a spiritual successor to Shin Megami Tensei: If… (yes, the periods are part of the title). If… focused on a high school setting, and the developers wanted to expand on this in particular. Add to this some Jungian philosophy and some typical Shin Megami Tensei style liberal use of mythologies, and you have its natural evolution: this game. Knowing the focus on high school was always an intention from the developers makes the direction the series would take later on make much more sense. 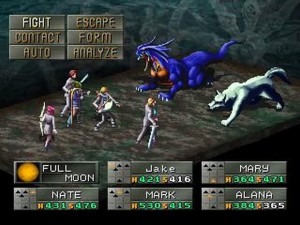 If you can trudge yourself through the poor to mediocre gameplay, there are things to like, especially if you tend to enjoy the mainline Shin Megami Tensei games in general. The story especially may be worth it, as there are quite a few good characters and an interesting plot to make it through. The story is also a reason to play the updated PSP version instead of the PSX original, as a lot of stuff was cut (half the game, pretty much) and some characters were changed or censored when the game was localised to the American market (the PSX version didn’t make it to Europe, like most japanese roleplaying games from that era). I’m not going to list all the changes here, I’d recommend checking out an article about it though, such as the one on Hardcore Gaming 101.

All in all, while some of the mechanics (like the classic demon negotiations), Shin Megami Tensei: Persona just hasn’t aged well. Fans of later Persona games probably won’t like it much, as a lot of what defines the series today just isn’t present at all. I wouldn’t recommend the first Persona unless you’re really hardcore into the type of game that it is or are a huge Shin Megami Tensei fan. This almost seems like a dissenting opinion, since a lot of people seem to really like the game. If you do, more power to you. I personally found it a chore to play, and probably won’t ever pick it up again when there are so many other good games, in this and other franchises alike, that I could play instead.

Be the first to comment on "Trying out Shin Megami Tensei: Persona"